freshringo10日前
Hello MFC, I have a non-MFC figure to show you today: K/DA Ahri by APEX! I've been eagerly awaiting this figure since she opened for pre-orders over a year ago and she's been worth the wait.

This will be an image-heavy review!

If you haven't heard of K/DA before, they are a virtual k-pop group created by Riot Games for the game League of Legends. I've been a big fan of them since they first "debuted" in 2018. You can find their debut single below - if you're a fan of k-pop, I highly recommend giving them a listen!


Ahri is one of the members of the group and a playable character in the game. In the K/DA music, her singing voice is provided by Miyeon from the girl group (G)I-dle. The outfit for this figure is from the K/DA debut single, although I also hope they make another with her outfit from their second MV MORE!

Ahri's box is very large for a 1/7 scale, and it's mostly due to the size of her base and tails. The box is pretty simple with shiny accents that match the K/DA color scheme. On one side and the back are pictures of the figure, while the last remaining side has her K/DA member logo. On the inside of the box is a cute signature by Ahri (which I forgot to take a picture of lol).

Here she is inside the blister! The figure comes in 4 parts - Ahri's body, her charm heart, her tail, and the base.

I had to dedicate an entire section to this tail! In the music video, Ahri's nine tails are made of a beautiful, shiny crystal material. APEX has done a great job bringing that to life here! The tail comes as a separate piece and is several pounds - very heavy! However, I like that it feels very sturdy and solid. I don't need to worry about breaking it!

APEX has captured the crystalline structure of her tails very well here, and the tips are slightly translucent. I noticed that her tails in the promotional pictures are a bit more translucent and "crystal-like" than in mine, but I think that can be chalked up to lighting and some editing. I'm very happy with how they look!

Let's put her together, shall we? The instructions say to put the tail on the base first, then put Ahri on, but I had some trouble getting the peg from the tail into her butt while also getting her feet onto the pegs. I found it a lot easier to attach the tail to the body first, then carefully attach everything to the base at once. Her heart charm fits into a small hole in her hands - and we're done!

I think she looks amazing and very true to the original illustration! Let's take a look at some closeups of her face and outfit.

Overall, I'm happy with APEX's work here! There are a few small imperfections in the paint job, and several areas where the sculpt is a bit too chunky for my liking - but I think APEX did a fantastic job with her face and bringing the illustration to life. I would have liked to see a tiny bit more detail in some of her accessories and outfit, however the original outfit is fairly simple to begin with, so it's not really an issue.

Like her tails, her heart is made of a slightly translucent material. I would have personally preferred more of a gradient of transparency down through the tail to make it seem less like she's holding a balloon and more like she's using magic to create the heart and charm you, but still a rather small nitpick.

Finally, she came with a small acrylic stand with her in-game illustration. It looks quite nice displayed with her!

The shape of her base is a bit strange. I wonder if APEX will be making the figures of the rest of the characters so that they can fit together? :) Personally, I'd love to see them make Akali next!

League of Legends has had very... mediocre figures up until quite recently, in my opinion. It was pretty baffling for such a popular and profitable company to drop the ball on their merch game! However, Riot Games has been doing a lot of collaborations with figure manufacturers, such as Good Smile, APEX, and Myethos! I'm really looking forward to seeing what new figures they'll end up announcing - I especially hope they'll make more K/DA figures!
クリク数：516 • マイリスト数：10 • コメント数：10

Wobbafina
Yess I got this one too! She's so awesome in real life. Great review :)
9日前

Nendo is allowed because the manufacturer is Japanese
10日前

GokinLife
Awesome review.
How come this figure isn't allowed on MFC? The Nendo is on there...
10日前

freshringo
peofun1 • 10日前 • #116783940
I'm very happy it lived up to the promo pictures! Since Star Guardian and Spirit Blossom are some of the best performing skin lines, I would be surprised if they didn't receive some figures - or more figures in the case of SG since, like you said, Good Smile is already making some!

Katze_N • 10日前 • #116784124
I ordered her from TOM so I got free shipping unfortunately. I imagine she'd be on the more expensive size because of the double-whammy of large box size + heavy weight from the tail.
10日前

Katze_N
Hiya! May i ask how much is it for her shipping ;w; I want her do bad so i already ordered a lot this month so idk whether or not to combine her with my other figures
10日前

peofun1
Stunning, gorgeous, incredible, she looks even better than I imagined! Thank you for this review, I'm still waiting to get mine so I can live vicariously through these pictures for now lol

On top of getting the other K/DA girls, I hope Riot will make figures for some other skins as well! Like the Star Guardian Jinx and Zoe from Good Smile. I'd kill for figures of Star Guardian and Spirit Blossom Ahri (but I'm just a huge Ahri simp soooo)
10日前

YES, mine also smelled horrible! I hope she airs out soon.

I vaguely remember seeing the other three announced now that you mention it, but I think since it's been so long without any prototype or updates, I wiped it from my memory. XD I hope they get an update soon!

Oh nooo, sorry to hear you had to pay so much extra for shipping! Her tails really jacked up the weight, and the size of the box didn't help either. It was a lot bigger than I was expecting for a 1/7.

And yeah, I do vaguely remember them announcing the other three now - it's just been so long that I think I wiped it from my memory haha. I'm really hoping their bases will all connect!

Apex has done some really awesome work. I look forward to them doing more work with the League of Legends IP! I agree with you that the face is one of the best parts of this figure! <3 It looks really faithful to the original illustration.
10日前

RPG_FAN128
I have my eye on an Apex Girl's Frontline figure. Looks like they have some nice quality work!

For this figure the face and eye makeup effect is absolutely beautiful! I wish more anime figures had makeup as it makes it about 1,000 times more beautiful than without.

Like for example this figure: ITEM #1226081
Absolutely beautiful makeup.
10日前⊛

Solarstormflare
thanks for the review!!! I also have her and love her so so much even though i had to pay and extra $100+ in shipping for her ;; According to here myanimeshelf.co... it looks like apex will also do the other three girls, i really hope they dont get cancelled or we get a prototype soon, i want evelynn, kaisa and Akali in that order but honestly would def love all 4 girls
10日前

jenviiy
Another K/DA fan! Really hoping they'll do another comeback soon. Did your Ahri have an insane plastic smell when you opened her? Mine smelled absolutely horrible. Definitely blaming the tails for that.

And not sure if you knew, but apparently figures of the other girls were announced at some point:

Idk how trustworthy it is though since there haven't been any updates and the entries were made over a year ago.
10日前 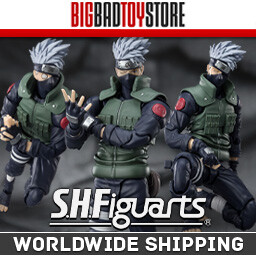