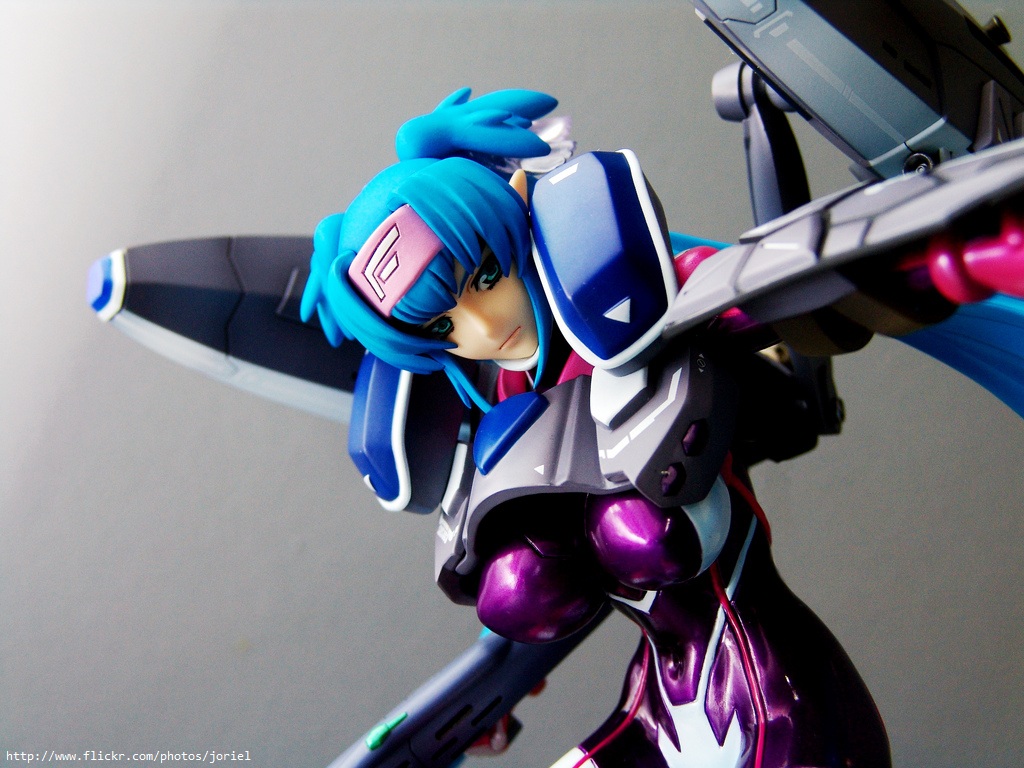 Klan is a captain with the private military company, SMS, on board the Macross Frontier. Of Zentradi heritage at 19 years of age (born in 2040) she leads the SMS Pixie Squadron.

After the emotional events of the twenty first episode, fighting the Vajra, and without access to her Queadluun Rau (battle machine) she equips herself with the Armour Parts from the Strategic Military Service's VF-25's... it was an awesome return to battle.

--
Photo originally published on my Flickr photostream in December 2010.

Except where otherwise noted, pictures are licensed under a Creative Commons By-NC-ND License.