figures that have priority15

Not accepting random fr anymore! So please message me before adding or talk to me first at least..

about me?
im just a die-hard louise fan who wishes to own all merchandise and figures of her, and I accomplished that <3 she's my waifu for laifu xD

I started serious collecting when I joined MFC.
Over time I decided to sell some and keep some to keep it around my goal of owning 100 prepainted figures, and never more than 150. I keep track of what I sold and used to own though as a memory keepsake.

I can enjoy some ecchi or H ladies from time to time, but my main focus nowadays has shifted towards game figures and more cutesy stuff especially since I eventually want to become a proud mommy.

Im a proud bi-sexual girl :) and I support all those lesbians, bi or gays out there who are ashamed, just dont be and be yourself :3

I enjoy meeting people who got a passion/obsession for a certain character like I have <3
and... I love tsunderes A LOT <3 beside louise I love mio isurugi and other tsunderes too, too many to like! from extreme to subtle tsunderes like mao from GJ-bu!
Here is a nice tsundere song by the tsundere voicaloid akita neru

My favorite animal is the fox! So foxy girls I love and collect foxes outside mfc
And i got a passion for the gyaru gal scene :D i just love their style, my favorite being kuro gyaru ^^ sadly i dont wear it myself (yet)

I also maintain several clubs, feel free to check those out :)

And a weird fact about me: eventhough I own many pink haired characters my favourite color is most definitly not pink but ice blue! and I dislike pink in rl XD but on characters I think pink hair suits them

I also got a collection of mangas too but didn't add em here. Its about 400 i think ^^

my best online friend here is EULER271
someday we will meet :)

what more to tell ... beside being a talkative spontaneous girl and being known as an hardcore Louise otaku. I guess my other hobbies then? Well needle felting and diamond painting atm but I enjoy gaming too and I like to swim and dive ^^ I also started courses to learn how to paint better!

Anyways if you wish to know more and got curious.. feel free to shoot me some messages ;D

P.s. Some consider me unfriendly, cause I am a direct person. So be prepared for honest raw opinions.

P.P.S. Also cleaned my entire friendslist, feel free to add me again if you missed me. It was just easiest to remove everyone which i didnt regonise the username of. Meaning we most likely didnt talk much anymore. Its nothing personal if you were removed :)

IshikuNanami
Will do! I'm the same way, so I'm hoping for the same results! Where can I find it, btw?

Oh I get that! What I do if I'm not sold on something is I have it on my display for a while, and if I don't like it, I end up getting rid of it. That and if it stays off my display for extended periods, I sell it XD Oh I love that! What charities do you use? I mainly use GoodWill. Not exactly a charity, but it still feels nice to donate stuff you don't need/want anymore!

Oh honestly, that's a pretty good mindset! Wish I could get myself into it, but so far I've only been able to weasel out like 2 figures I wasn't happy about XD

Oh yeah I get it, the new retail prices on some of these figures have been crazy, especially with Scale figures. Just as I was about get into them too! Even Pop Up Parade figure prices rose! (Not a huge leap, but still.)

Oh glad Eevee sold! How'd the other one do?
Glad you like Marie and Mufasa!

They ended up doing a Dandelion Pop! Though he doesn't have his hat and also isn't from the game XD Still holding out hope :') If they ever do, I'll have to get it, even though I've kinda grown out of Pops!

I actually only own my KH2 ones, my Cobra Kai ones, Levi, Monokuma and some MCR ones now. Had to downsize on them a lot, mainly due to little shelving space and now more room for the mass amounts of boxes they brought XD

Ohh gotcha. I also have Pinterest, though it's mainly for meme boards and pfps XD

Yeah thanks again! I'm still on the look-out for an cheaper Robin Hood, though XD Oh cool! My Grandma has almost all the Disney VHS now, and we sold the rest, though they'd be cool to have still! Same here! We have some Blu-Ray, though now we mainly Disney Plus!
11日前

IshikuNanami
Oh glad to hear you're doing good! I just looked it up, I had no idea there was a manga about tiding up, I honestly might have to try it myself! Oh for sure, I get that, hopefully, as you said, it'll all be good after you rearange :)

euler271
wow. I didnt see this at all. THANKS! mfc didnt send any notification of this.
3ヶ月前

PurpleTShirt
Hey, your inbox is full so I cant reply to your last message. No rush though
3ヶ月前

gwoomy
Hey, sorry to message you here lol but your inbox is full ! would it be ok to chat on discord or trough email? <3
3ヶ月前

Tiamat26
Sorry I missed this as I almost do not collect anymore I was not aware it was your B day in December. let me wish you a belated Happy birthday.. I may as well also say Merry Christmas belated and Happy New Year.

Happy holidays to you ;)
4ヶ月前 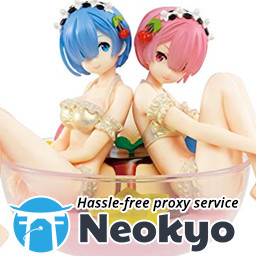